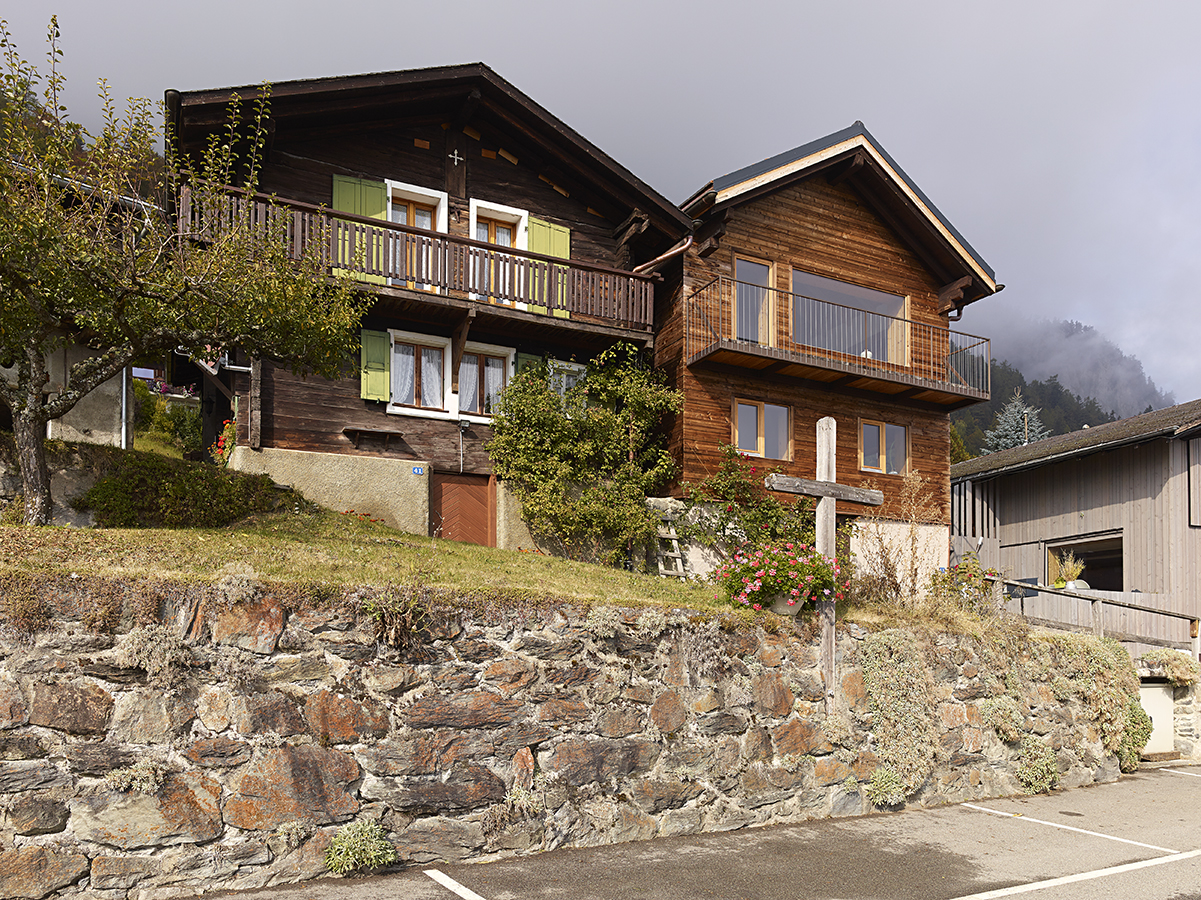 Rehabilitation of a traditional village house

a contemporary interpretation of a traditional village house

All of the existing interior walls are demolished in such a way as to emphasize the large longiligne space that passes through, while bringing out the height of the void under the roof and exposing the original beams.

The project introduces a “small house” which is grafted inside of the volume, a kind of prosthesis which contains the rooms.

This block induces new movements and shapes new views. In this way, the different spaces of the house are redrawn in a typology that is more open. New bay windows are installed/built so as to offer beautiful views of the Alps and the plain to the North and East.

The façades are made out of an indigenous burnt wood, a process that allows the counterbore to preserve itself over time and which also renders it resistant to insect attacks. The high-performance thermal shell and the use of sustainable energies for the production of heat highlight the sustainability of the project.

This project is an attempt at renewal with a contemporary interpretation of the house in a traditional village setting. 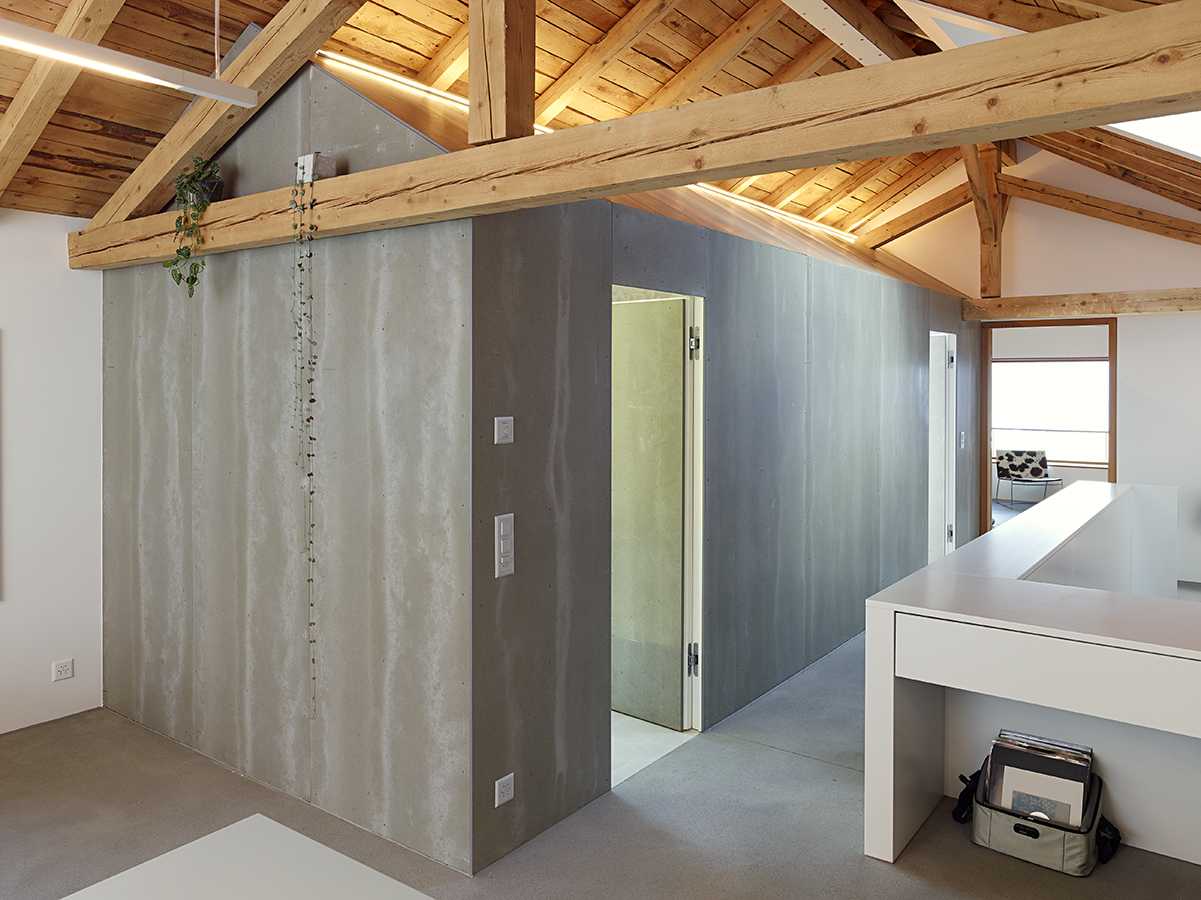 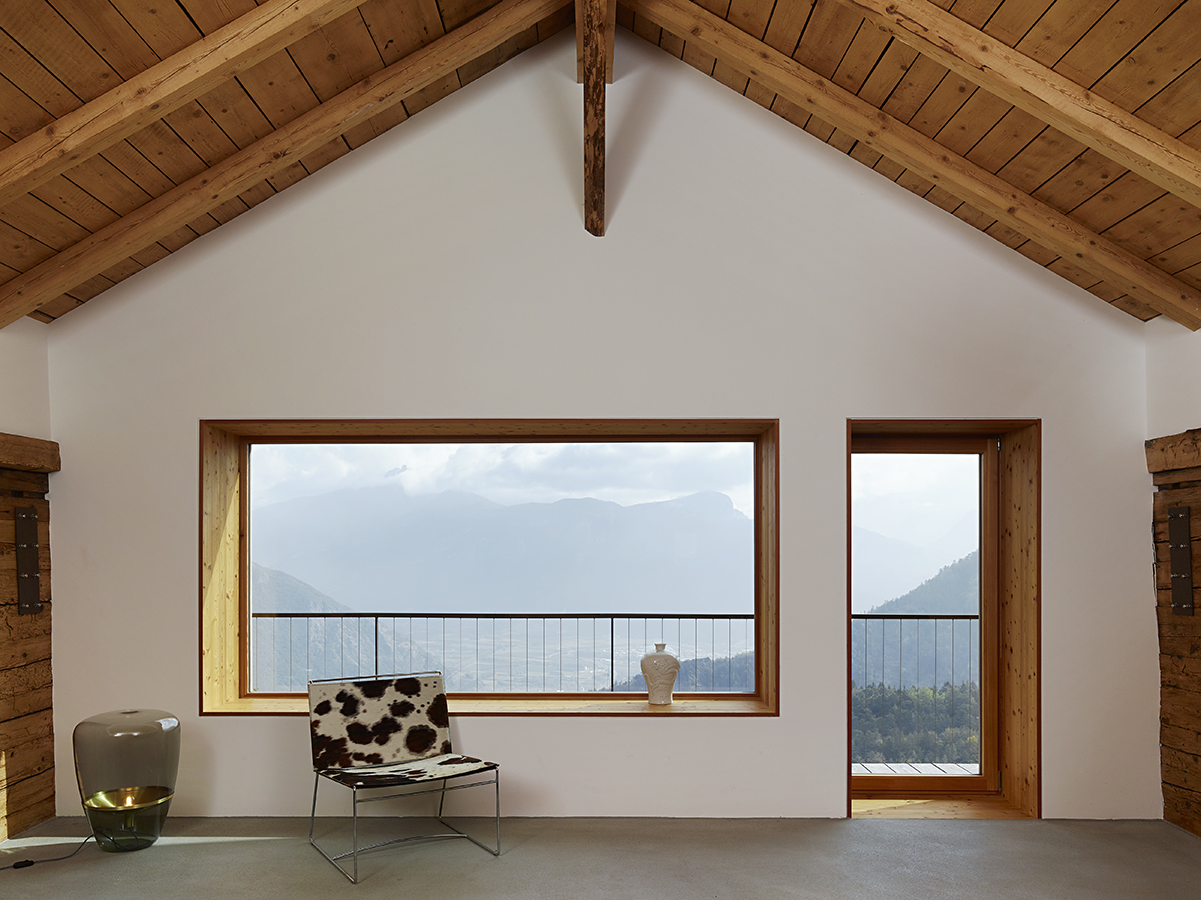 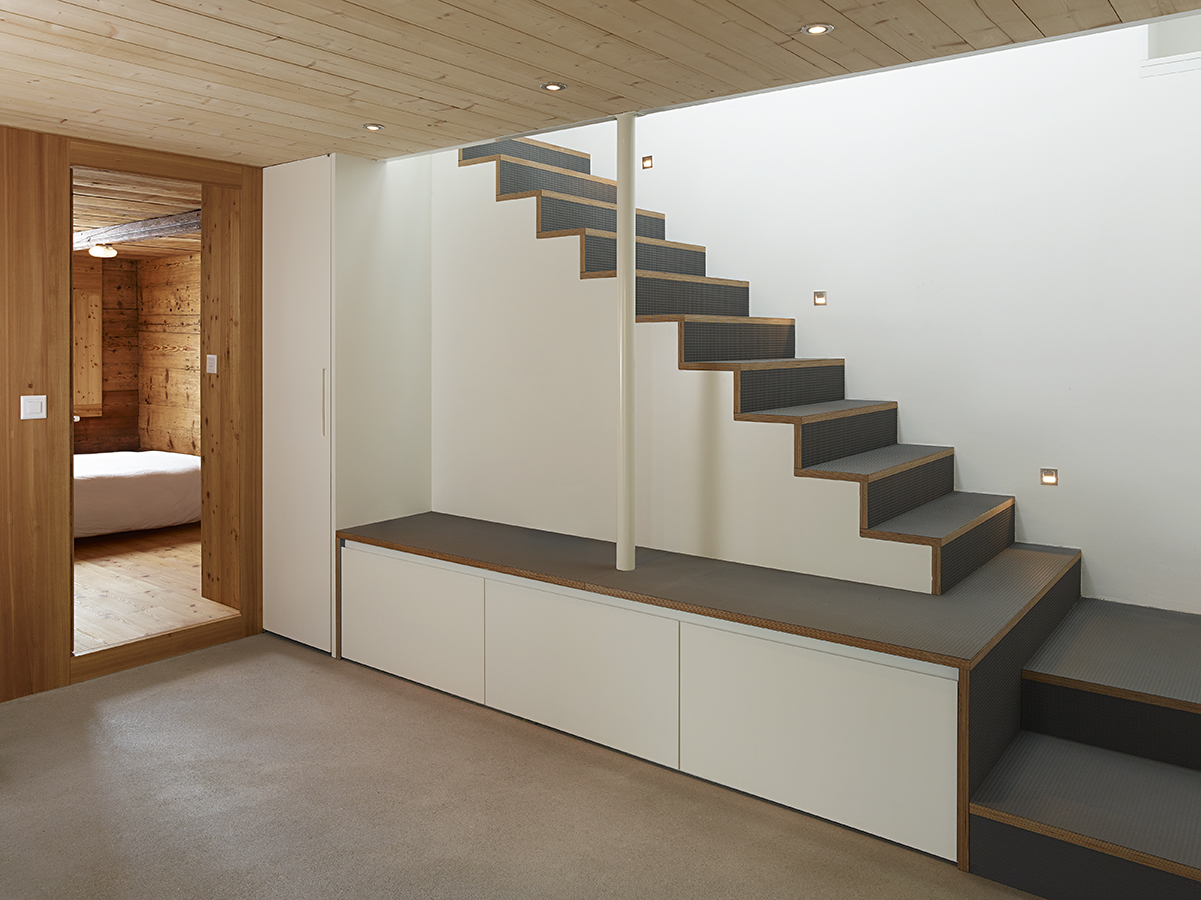